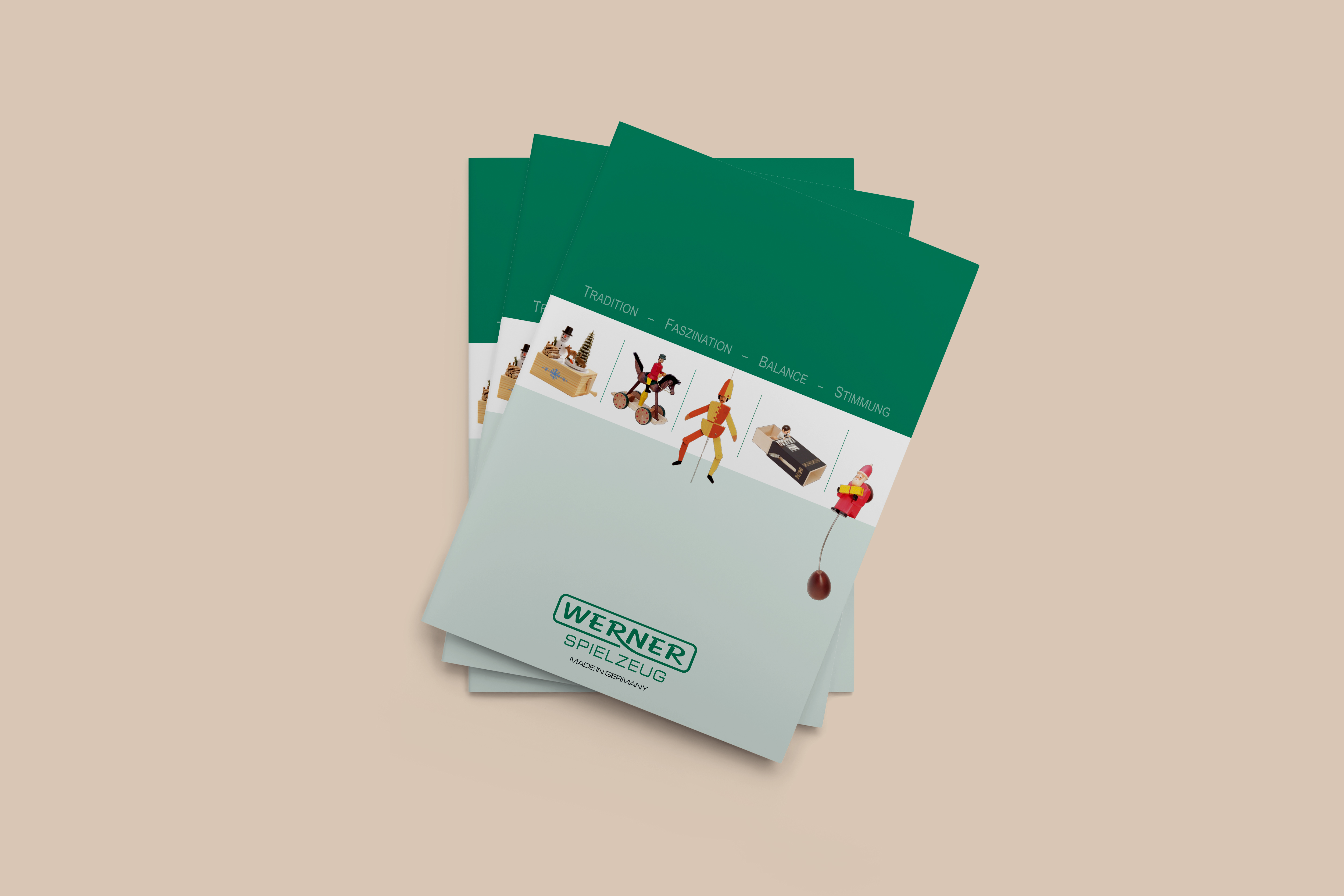 The Werner brand has always been a strong advocate among Seiffen toymakers in the discerning promoting and advancing of our priceless traditional heritage. The third generation of Werners now continues our family toymaking tradition for which my father, Walter Werner, set the original tone and style with his pioneering designs and products.

Handmade toys from the Erzgebirge mountains – a motto that symbolizes high-quality and delightfully charming craftsmanship.
Erzgebirge toymakers have been turning out a wealth of figures and animals to inspire children to creative play for generations. Our Seiffen workshop draws on this rich tradition in creating our own inspirations for a wide-ranging collection. In addition to our own original creations, sample books handed down through the ages have also proven an inexhaustible treasure trove for perpetuating fascinating designs and creations.

WERNER SPIELZEUG figures have been distinguished by high play value ever since the very beginning. Ingenious mechanical functions set the figures in motion – they teeter and swing, dance and turn, climb and tumble. Sliding mechanisms reveal the hidden, music boxes ring out in accompaniment to animated scenes, and clever gearwheel systems bring everyday events to life.

Painted with love and rich in design, each figure has its own individual, realistic character. The wood’s visible grain and its warm, natural radiance, much like the soothing natural colors, are testaments to the originality of Erzgebirge toys. The often ingeniously simple effects used to produce wondrous actions, sounds and tones hold a special fascination for the modern public.

May our workshop’s lovingly created small works of art kindle a merry spark in the eyes of children everywhere and perhaps even tickle more than a few grown-up imaginations!
Have fun in our world of playing, collecting and discovery! 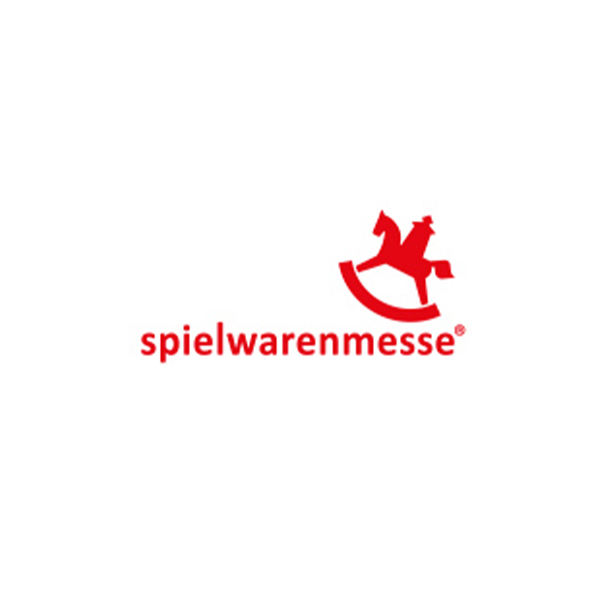 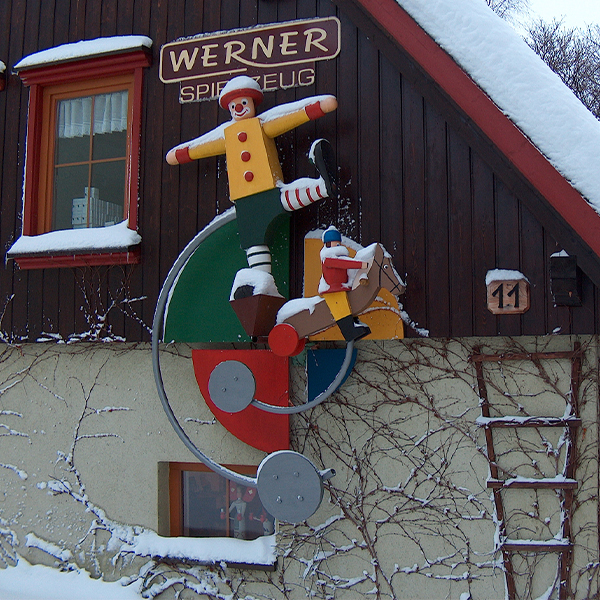